And a great number of R1 Romanov

The Romanov possesses one of the highest rates of prolificacy of any breed. But this hardy sheep boasts other breeding qualities too, such as:  all year round good fertility, a highly developed maternal instinct, hardiness, lambs that are vigorous as soon as they are born and good milk production, easily rearing two lambs. All its qualities as a purebred can be found in females crossed with Romanov blood.

The Romanov ewe is fertile in all seasons and can go to the ram from the age of 7 months onwards provided that a rigorous production strategy is adopted with, very importantly, feed management adapted to its needs.

The Romanov males are fertile very young and can serve their mothers from 70 days so it is important to wean them early and castrate the males.

Because of this early sexual keenness the Romanov ram is often used as ‘a teaser’ ram, a ram which has been vasectomized, in order to synchronise flocks in a traditional system. In meat breeds the presence of the teaser ram induces ovulation in the ewes extending the natural breeding cycle and producing fat lambs all year round. 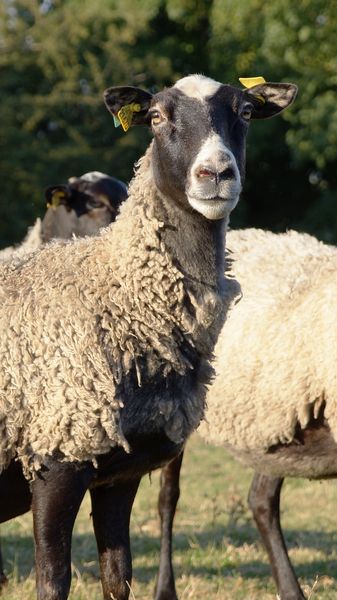 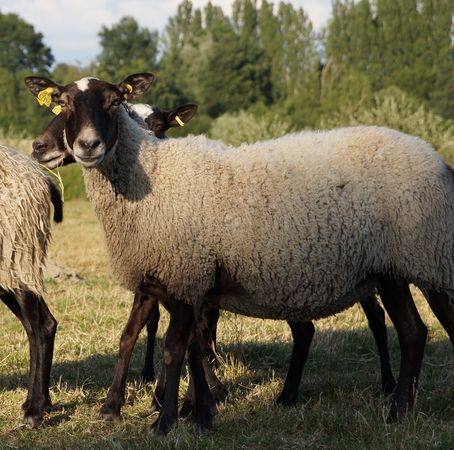 Industrial crossbreeding: Romanov or Finnois females are mated by a ram of the beef breed and the products are sold in butcher's shops. This technique makes it possible to produce lambs of average conformation, while maintaining high productivity. The weight of meat thus produced per ewe and per year is high.

The resulting meat weight produced per ewe per year is high. In a large flock the 3rd lamb is often reared artificially.

At the second stage, the « F1 » females produced, are put to a ram of a meat breed with the aim of producing fat lambs « F2 » for the meat trade. The carcass weight of « F2 » lambs is generally between 17 and 19 kg,  graded U and R on the EUROP grid table. This two staged cross breeding is the system used most widely with prolific breeds.

It is the diffusion of the F1 females, ROMANOV – ILE DE FRANCE cross, which is the most popular. Purebred male and female ROMANOVs are only produced to order, with reservations being made before the females are served. If there is no reservation of purebreds, the breeder produces F1 which are in great demand on the national market.

The top 30% ewes, the most prolific and with the highest milk production, are used for breeding purebred replacement stock. The aim is for a ewe to produce twin lambs at the first lambing and regularly produce triplets subsequently. The top males are brought into the ram evaluation centre to select the best genetic potential. They are sold on reservation.

The ROMANOV breeders work in close partnership with the I.N.R.A. (Institute of Agronomic Research) for the maintenance of the 12 families originally imported from Russia, their management and their reproduction to ensure the widest genetic variability of the population selected on the French territory. 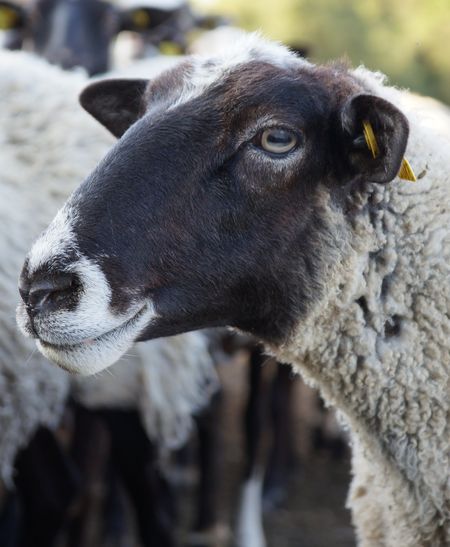 The ROMANOV is present in many countries abroad, in demand for its renowned breeding performance. Animals are exported to a number of continents in accordance with strict partnership contracts and husbandry management.